Written by The Breezy Team
Updated over a week ago

It can be tough to stay on top of every open position in your organization — how many candidates do you have at each stage, which roles are close to filled, and who's running an efficient process?

The Open Positions report is scannable so you can find out, at a glance, where you stand and who you need to follow up with.

Note: The Open Positions report is grouped by pipeline. If you have several custom pipelines with open positions, this can be a lengthy report.

This Open Position Statistics section shows the most pertinent stats on each open position, in table form. Here, you'll see:

You also have the option to export these details to a CSV file. 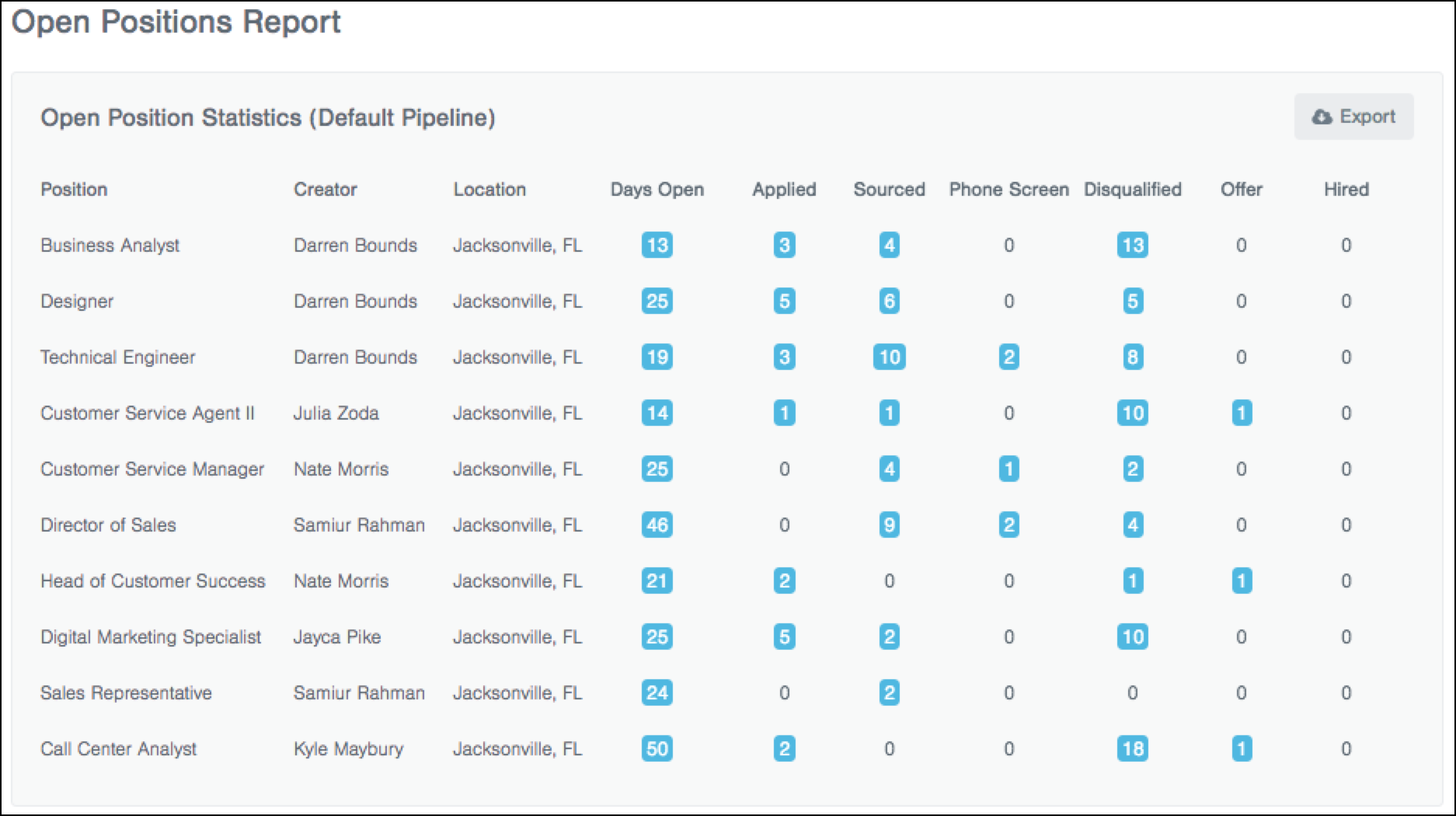 In the Position Count By User section, you’ll see the volume of open positions, grouped by the team member who created them.

The Average Days Open By User section displays the average number of days that a position has been open, grouped by team members who created positions.

Example
In the example below, we can see Kyle's positions have been open for much longer than anyone else's.

What's going on? Checking back through the other reports on this page, we know he has only one open position (Call Center Analyst), and he's currently got an offer out to a candidate for that role. After they've accepted, this would be a great role and process to analyze in the Pipeline Performance report to get a better idea of what may have caused the slowdown.

Did this answer your question?